Units 2 & 5. Unit one in the NE corner was developed in the 60’s, there’s a baptist church on the large corner lot. Below Unit 1 is a part of Unit 5 that was developed too, they opted out of the Unit 5 HOA. Lots in yellow are mine. 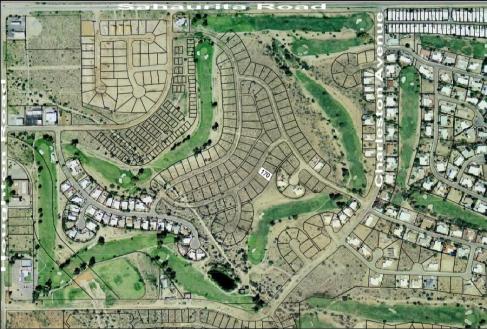 Unit 4 by the golf course, which recently closed. I own Lot 170. Someone dug a trench and brought water and electric to my lot and never charged me. Aerial pic is from 2007?