“The opportunities to steal and the incentives to cheat are so huge in construction that fraud has always threatened every single building project in our city.”

Structure Tone, one of the nation’s largest construction firms, pleaded guilty on Wednesday to corruption charges and agreed to forfeit $55 million for a scheme in which the company defrauded a roster of prominent financial institutions, law firms and ad agencies out of tens of millions of dollars.

The company arranged for electrical, plumbing, drywall and other subcontractors to falsely inflate their bills for Structure Tone’s clients, investigators say, adding millions of dollars to the cost of building office space for Bank of America; Moody’s; Bloomberg; Proskauer Rose, a law firm; and other major customers between 2005 and 2009. . . . 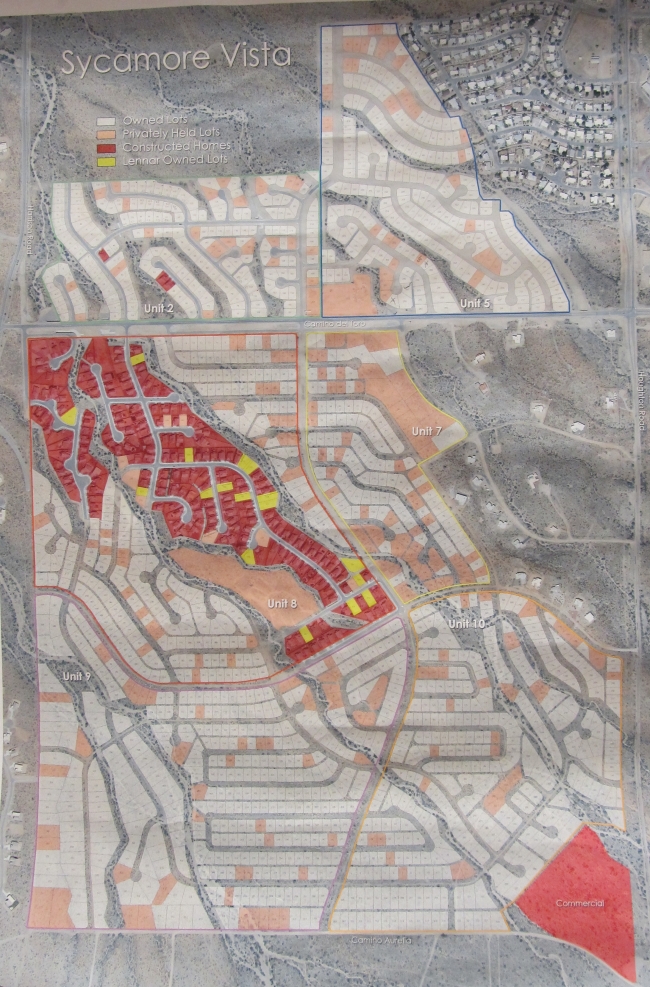 “The opportunities to steal and the incentives to cheat are so huge in construction that fraud has always threatened every single building project in our city,” said Mr. Thacher, chief executive of Thacher Associates, which provides a monitoring service for companies engaged in construction projects. “Corruption adds many, many hundreds of millions of dollars to the cost of construction each year in this city, and that cost is passed on to the public.”

Structure Tone specializes in building office space, or interior construction, as opposed to erecting the core and shell of a skyscraper. In some instances, it acts as a construction manager for a firm, overseeing the work, negotiating contracts and hiring subcontractors, on behalf of a corporate client. 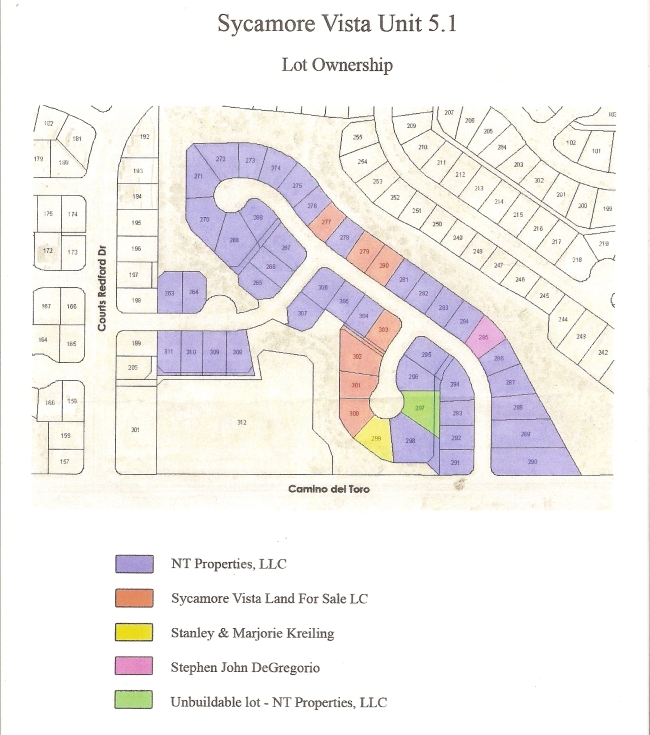 How much did it cost to build the one road in this picture? (Sycamore Vista Land For Sale, Lc is my company.)

On other jobs, the company serves as a general contractor hired to perform the work for a fixed price, or “lump sum.”

According to investigators, when Structure Tone acted as a construction manager it would tell subcontractors to raise their prices to account for unnecessary “contingencies” under an addendum known as “Rider B,” whose existence was never revealed to the client. At the same time, the executives would demand a discount from subcontractors on “lump sum” contracts.

“Rider B was the vehicle for the fraud,” Mr. Szuchman said. 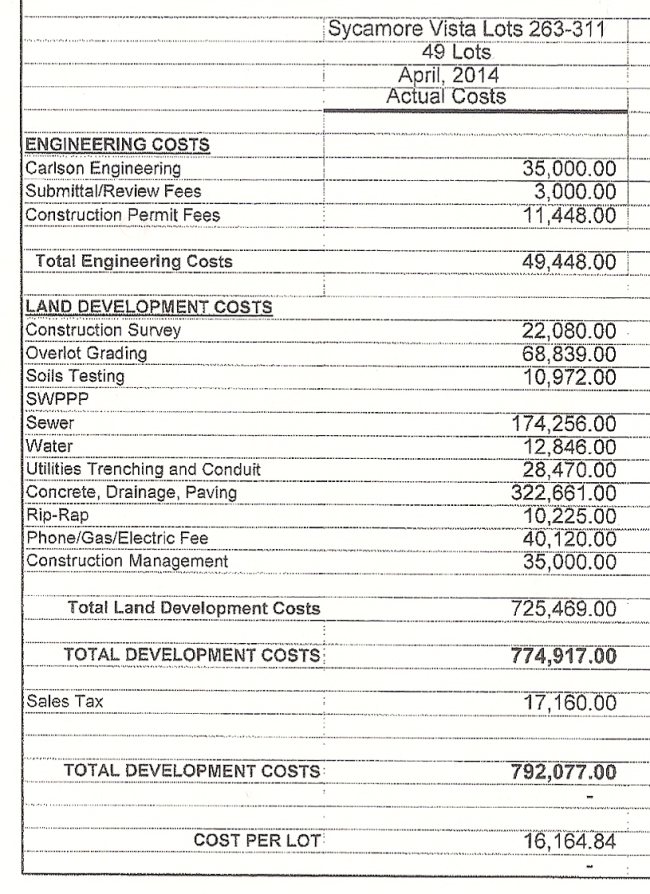 How are we lot owners supposed to know if this is a fair price? HOAs aren’t supposed to be putting in roads. Square footage swimming pools, buildings, roofs are all easy to estimate but roads? 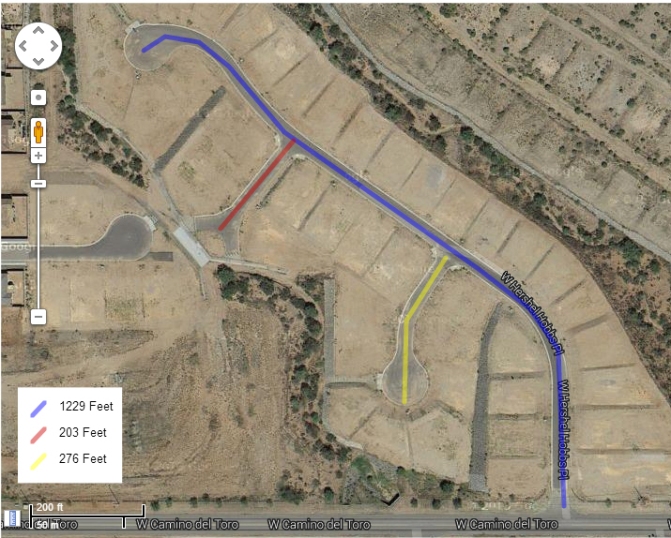 How much did it cost to build these roads? (Total 1708 feet, curb-to-curb about 25-feet; including sewer lids and curbs.) Russo says, $792,077. I think it included the little east/west cul de sac on the left.

1 Response to Building Firm Pleads Guilty to Defrauding Its Customers